59 Cowgirls and Cowboys rolled into Wartrace to try to rid the area of all manor of rif raf. We started the day celebrating Vaquero Jake's 17th birthday, Perfecto Vaquera  and Shaddai Vaquero his proud parents even brought cake.

At Wartrace we like to recognize the club member who shoots the most "Clean" matches in a year. It was my privilege to present the 2013 Eagle Eye Award to Reno Mustang. 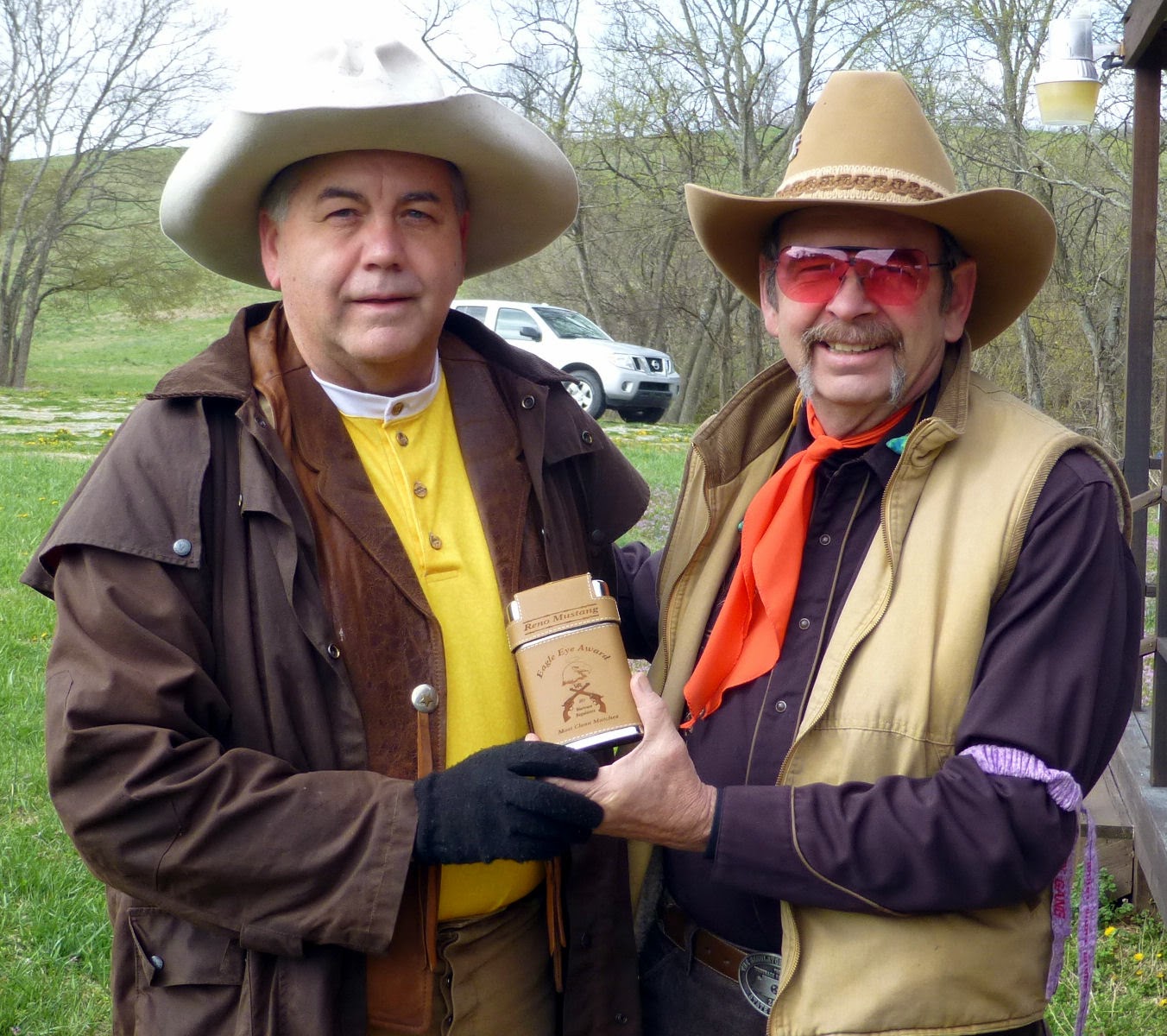 Papa Dave gave the Safety Meeting and Jagged Rock offered a prayer and led us in the pledge.

We had 4 posses and shot the Cantina, Jersey Lilly, Fort Sweeney, Jail and Cash Jackson Mine. As always Whiskey Hayes wrote some fun and fast stages. The top 2 shooters were under 95 seconds.

We had 2 first time shooters and I think by now they are hooked. Welcome Sunrise Carson and ToyBoy Bandito.

We also had pards come in from East Tennessee, West Tennessee, Alabama and Kentucky. The weather was a little cool but definitely not bad. Several of us started out a little fumbly, it took me 2 stages to get started.

I have to brag a little on Birdshot Pete, while listed as a Buckaroo, he shot the match Outlaw and was the highest finishing Outlaw shooter.

Who was that Masked Man? 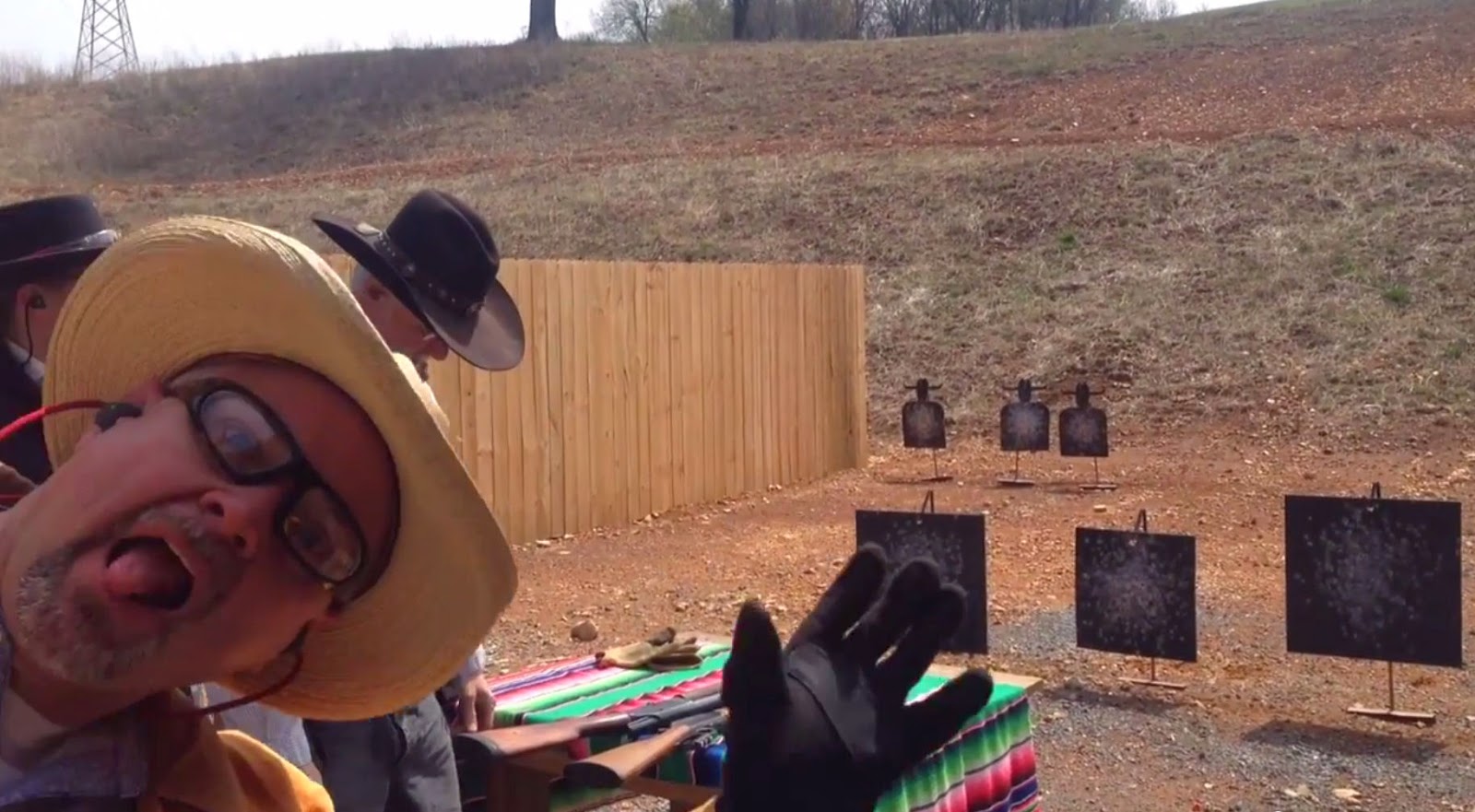 It's the time of year where many folks will be travelling to matches, this coming weekend Dodge City Dixie and Reno Mustang are headed to the Louisiana State Championship and with Slick McClade running it, it should be a great match. We may have other members headed that way also.

If you can travel somewhere and see how other clubs do things, it's usually a lot of fun.

The next match at Wartrace will be the April 19 Cowboy/ Wild Bunch Match, come join us if you can. For more info always check out our website.

Posted by Randy Saint Eagle at 7:45 PM No comments: