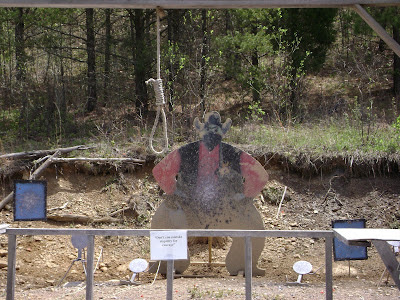 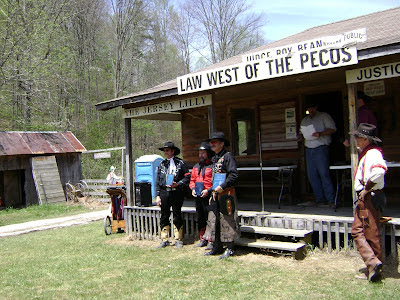 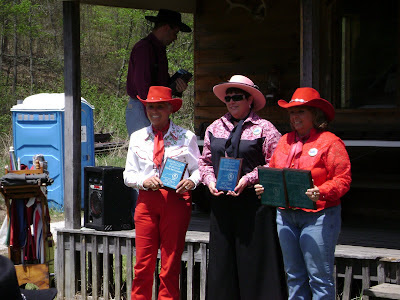 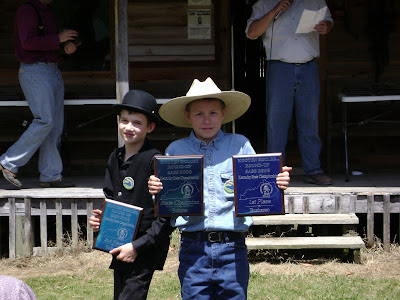 Last Kiss Top Lady Gunfighter about anywhere you see her 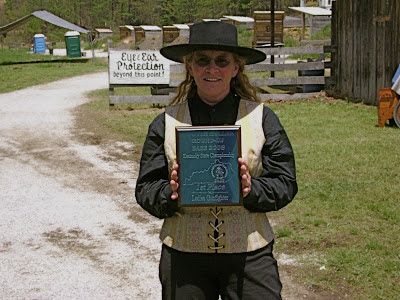 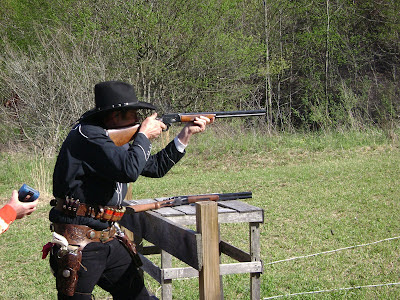 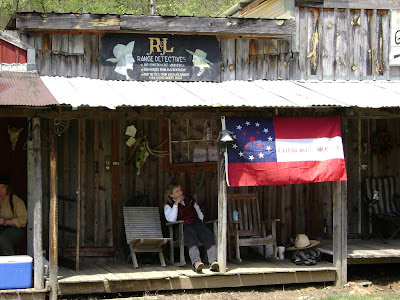 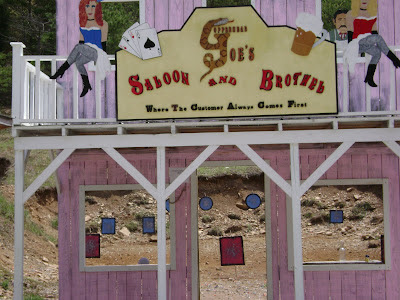 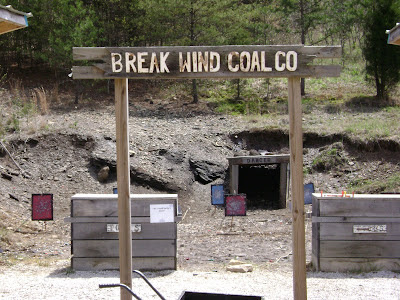 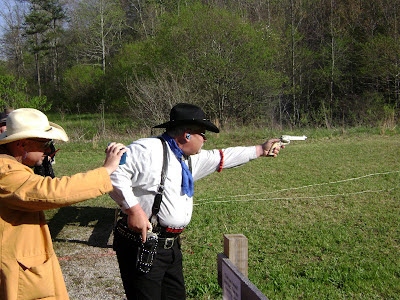 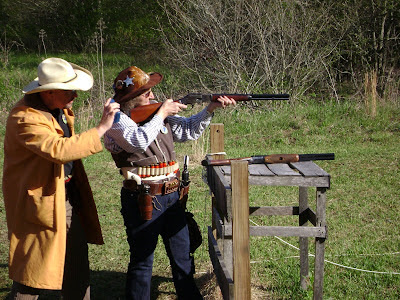 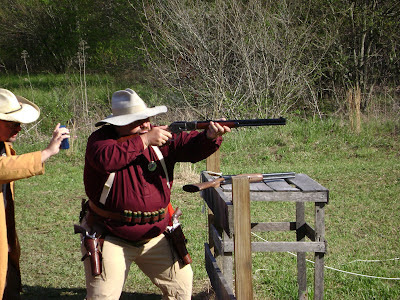 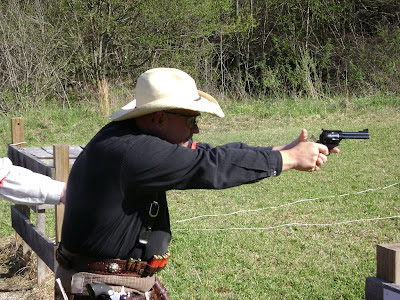 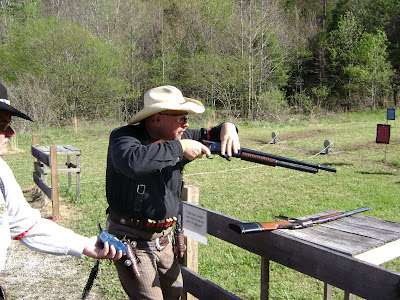 Were did the targets go? 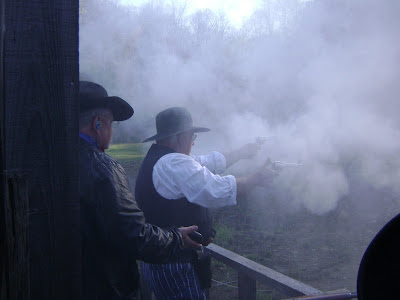 My version of a B-Western gun cart, complete with a Will Reilly ammo bag 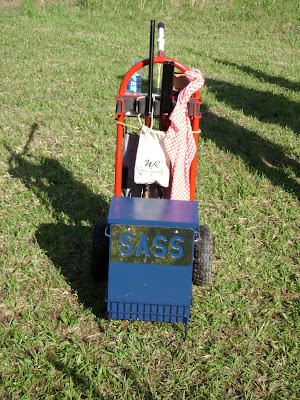 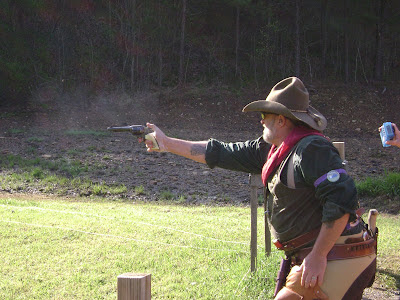 Hico Kid, King of The Outlaws 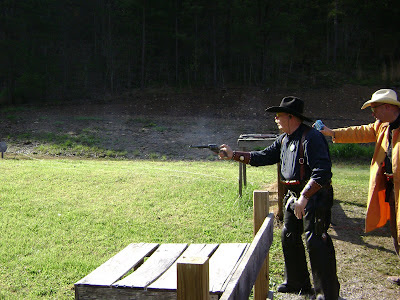 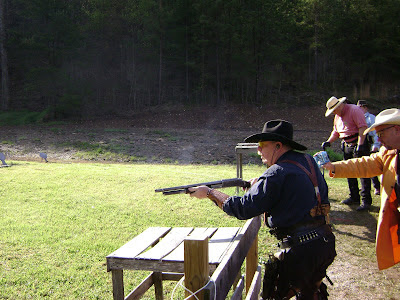 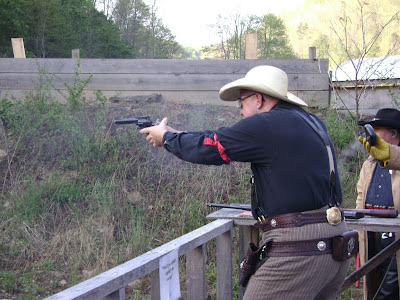 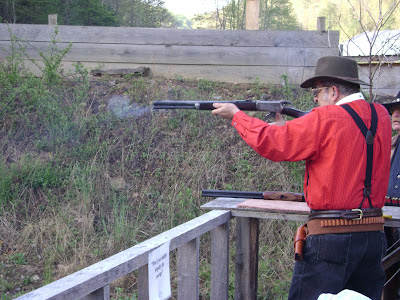 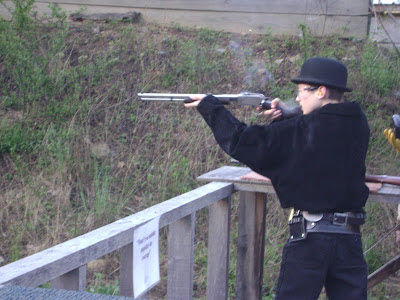 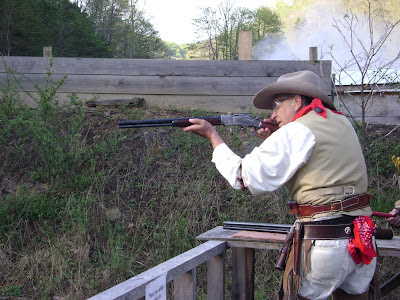 Vinegarron somewhere in the smoke 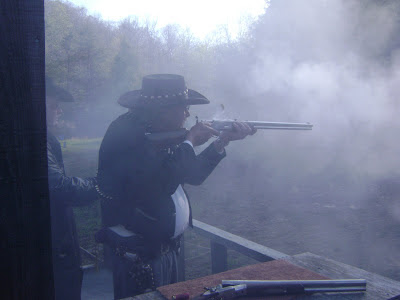 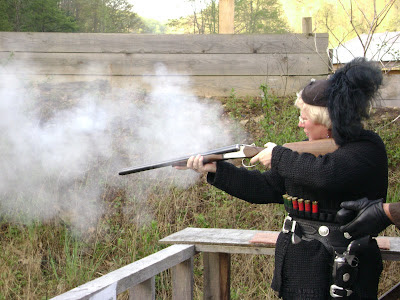 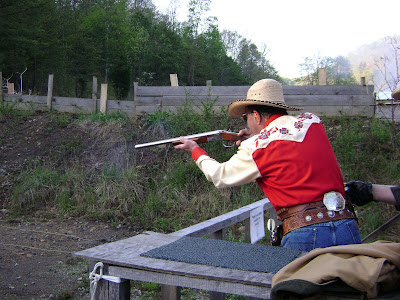 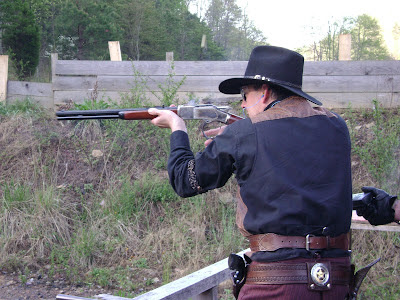 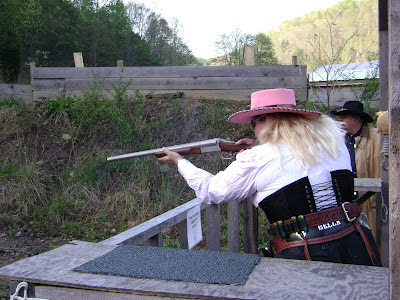 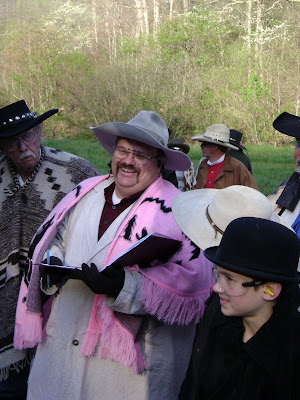 We had a good time at The Hooten Holler Round-up. Buck Dodgers, Jailbreak Jake, Tombstone John and I rode in on the same stage. None of us shot exceptionally well, Buck and Tombstone had rifle problems that hurt and I had a brain fade that cost me a P. Next year we plan to do better.
It's been a long time between the shoot and posting these pictures and CRS has kicked in, I can't remember everyones name.
The smart people had rooms in Hooten Old Town, otherwise its a pretty good drive to the range.
Posted by Randy Saint Eagle at 5:05 PM 1 comment: