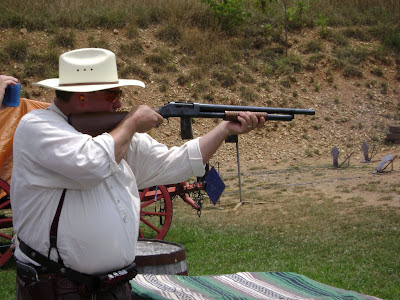 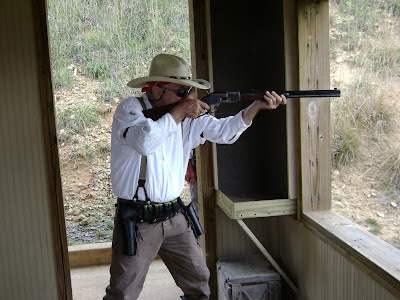 Sheriff outside the Bank 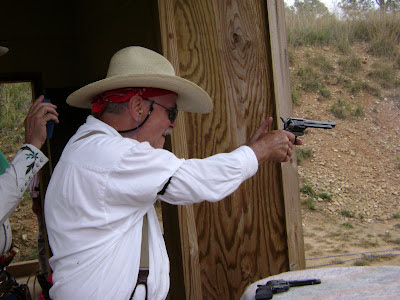 Papa Dave at the bank 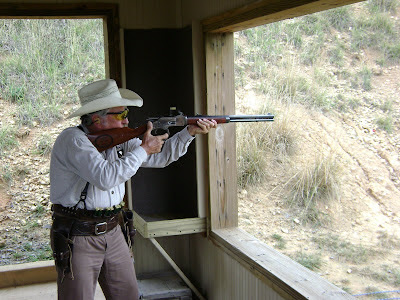 Two Clicks shooting his way out of the Outlaw Cabin 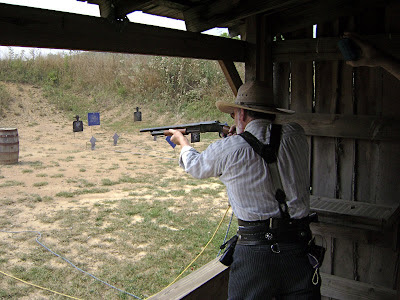 Dobber shooting his scattergun out the window of Graftons Saloon 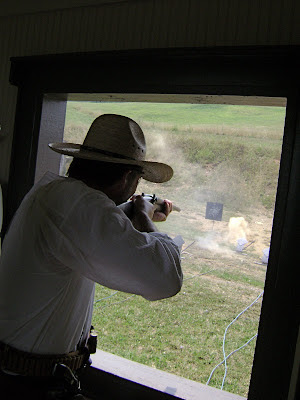 Papa Dave at Graftons being timed by Moon 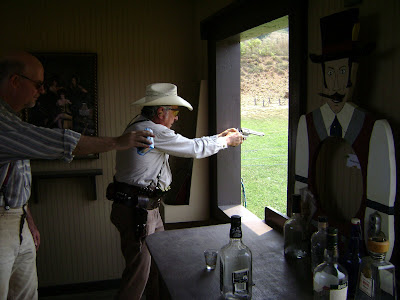 Dobber blasting away at the cemetary 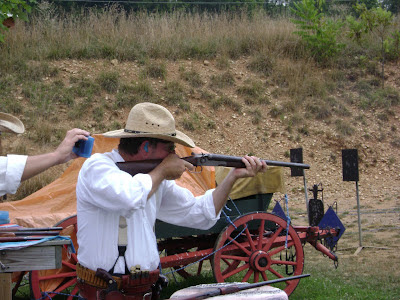 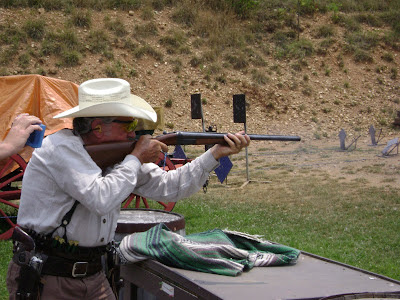 The one the only Birdgun Quail at the Outlaw Shack 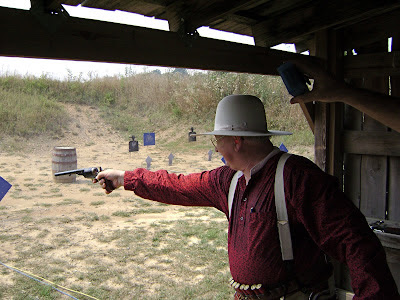 The Infamous Latigo Jim shooting it out at the Outlaw Shack 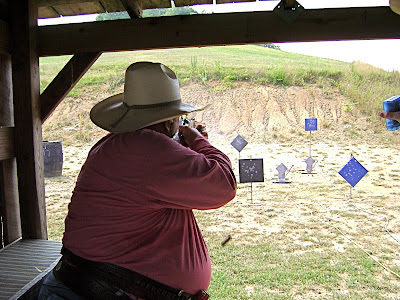 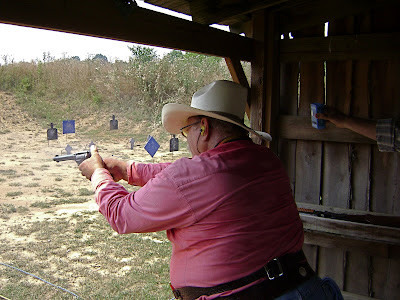 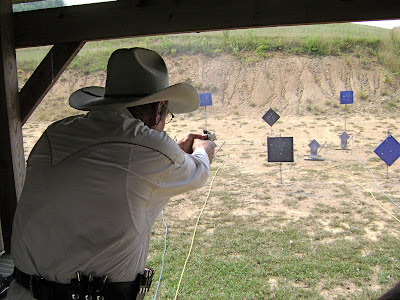 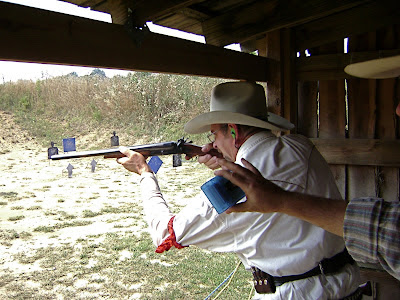 Dobber at the Outlaw Shack 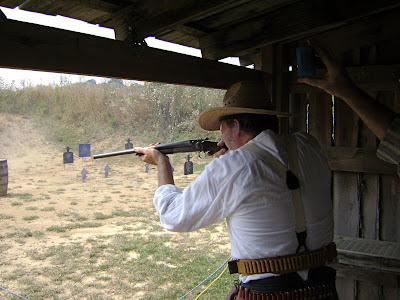 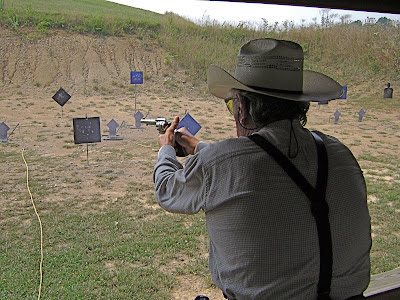 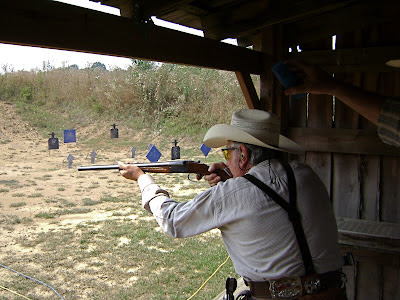 Dobber trying to stop a hanging 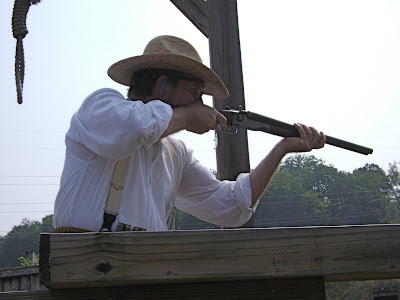 Papa Dave at the Gallows 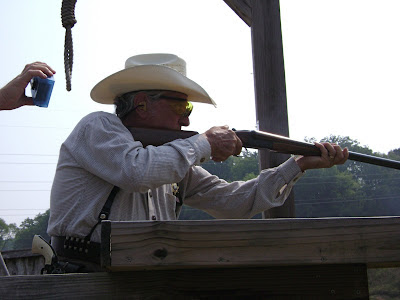 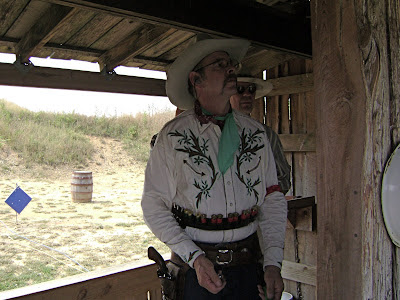 Randy in a shootout at the Outlaw Cabin 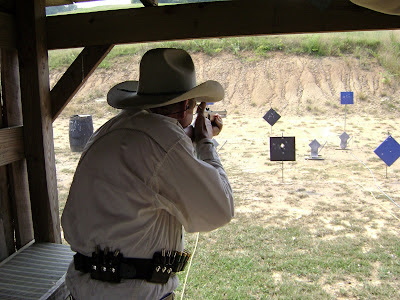 We had 30 shooters show up to defend Wartrace, it was a hot day and got hotter when the lead started to fly. In the end I think we all won, and sent the outlaws packing one more time. Rumor has it they plan to regroup and come back in a couple of weeks. But we'll be ready for them we're sending out a call for more back-up as well. Calling all Wartrace Regulators if you didn't make this fight come out on the first Saturday in August and we'll run the outlaws off again. We can always use more help, anyone who can shoot a gun, we'll welcome your help as well.
A special thanks to Buck Dodgers for taking many of these pictures.
Posted by Randy Saint Eagle at 2:08 PM No comments: